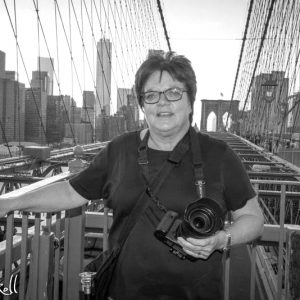 From the plains of rural Nebraska, I developed an appreciation of family, community, and agriculture. My parents’ influence on my values grew as they encouraged me to become active in our small town, 4-H, and with the gift of an instamatic camera, photography.

I took pictures wherever I went – school activities, family events, and life. I was hooked. I was watching people, documenting their stories visually, and becoming interested in what makes us all different.

My first 35 mm camera, something I didn’t have until after high school, was often sidelined in favor of the small, very portable instamatic.

Telling stories led me to a journalism major at a community college in Nebraska where my world was enlarged through interaction with other students and travel. I made my first trip to my current home, Washington, DC, and I was hit by the desire to explore the many cultures and communities around the country.

My training in journalism opened doors to work on a successful weekly newspaper in Nebraska where my interest in photography was nurture and grew. From there I began a photography business which soon ended when the big box store in town arrived.

My career in production agriculture – another dream realized – led me to leadership in a national commodity organization. I was back in Washington, DC frequently, traveled the world, and connected with fellow producers across the country. All the while, I was visually documenting the journey – looking beyond the tourist’s point of view to what makes our culture click.

A gap exists between rural and urban in our nation. Those who produce the food for the world and those who regulate and legislate are too often strangers to each other. There’s a gap between the honest, hard-working people of middle America and those who live, work, and play in our nation’s population centers.

We have so much in common. And I will be telling that story. The magnificent man-made creations and amazing wonders of nature together relate in harmony.

Agrimetroculturopolis. It’s our story. I’m telling it in visual images.